365 Days of Art: May 18 – Egon Schiele Calls Himself “Shattered” Over Trial 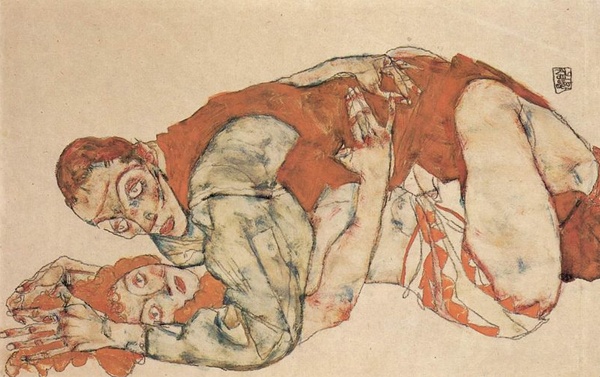 Egon Schiele writes to his friend Arthur Roessler, who had been away from Vienna during Schiele’s arrest and trial on charges of child molestation, abduction, and pornography, which comes to be known as the Neulengbach affair:

… I am still completely shattered. — During the trial one of my pieces which had been hanging in my studio, was burned [by the judge].

He also writes that Gustav Klimt is outraged on his behalf and wants to “do something” about it.