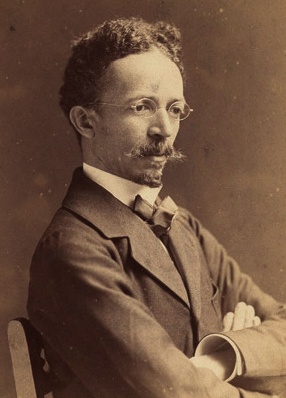 Henry Ossawa Tanner, a successful black painter, writes a letter to a friend, Eunice Tietjens, and relays his anger and disappointment at racism he had encountered:

As a winner of the purchase prize and medal of the Third Class from France, Tanner was in company with past winners such as Sargent and Whistler. Tanner tells her about an article that ran in a Baltimore newspaper about himself and his winning painting, Raising of Lazarus. He tells her that the article ran with a photo of a black dockworker, which was captioned as him; the paper didn’t have an image of Tanner and thought that any back portrait would do. Tanner was particularly hurt and dismayed because he had thought that his artistic achievements would nullify this kind of prejudice.

for Raising of Lazarus