365 Days of Art: May 8 – Monet Complains of “Spoiling” Paintings Due to Failing Eyesight 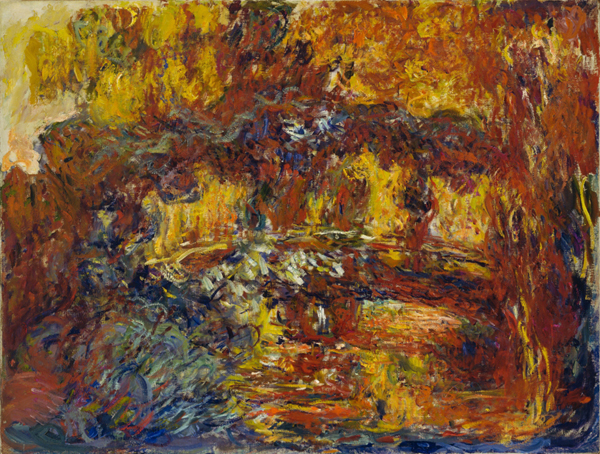 Monet writes to the author Marc Elder about his failing eyesight, specifically, cataracts:

…in the end I was forced to recognize that I was spoiling them [the paintings], that I was no longer capable of doing anything good. So I destroyed several of my panels. Now I’m almost blind and I’m having to abandon work altogether. It’s hard but that’s the way it is: a sad end despite my good health!

Whether he could see the specific differences or not, Monet’s later paintings are characterized by a darker, redder palette, and broader brushstrokes compared to his earlier works.