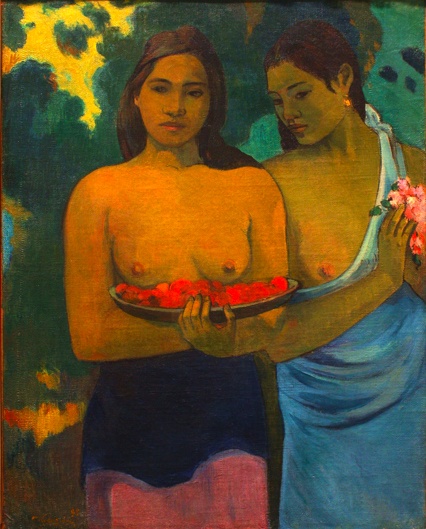 A museum visitor at the National Gallery of Art in Washington DC leapt at Paul Gauguin’s painting, Two Tahitian Women, tried to tear it from the wall, and pummeled it with her fists while yelling that it was “evil”.

Luckily, the painting was protected by plexiglass, and the woman was quickly apprehended. After her arrest, Susan Burns said:

I feel that Gauguin is evil. He has nudity and is bad for the children. He has two women in the painting and it’s very homosexual. I was trying to remove it. I think it should be burned.

Blah blah blah, everyone’s a critic. She also said she was a CIA agent and threatened to kill her interrogator.

The painting is valued at $80 million.