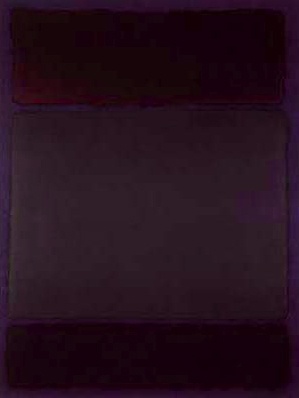 Mark Rothko suffers an aneurysm. He’s told by his doctor to exercise, eat more heathily, slow down on drinking and smoking…he does none of this. His one concession is to work on smaller paintings, and he switches to acrylics on paper. His poor health after the aneurysm contributes to marital stress, and he and his wife separate less than eight months later. In another year, he will kill himself.