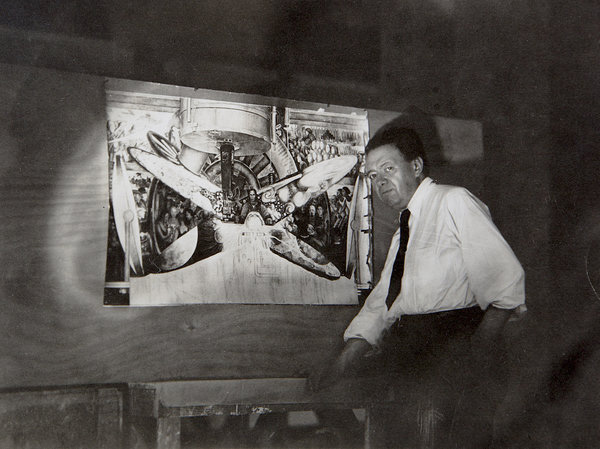 Diego poses next to copy of the Rockefeller Center mural, which was ultimately destroyed.

With Diego Rivera’s mural for Rockefeller Center two thirds of the way finished, the NY World-Telegram inflames tensions between the artist and patron by publishing this headline: 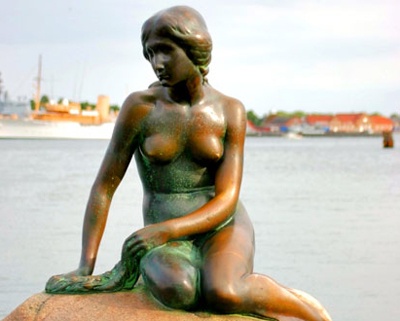 Oh no, it’s The Little Mermaid getting injured again! Her head is sawn off and stolen in a political act by artists of the Situationist movement. The group is primarily composed of artists and serves as a standing critique of capitalism. The head is never recovered; a new head is later fabricated and placed on the statue.