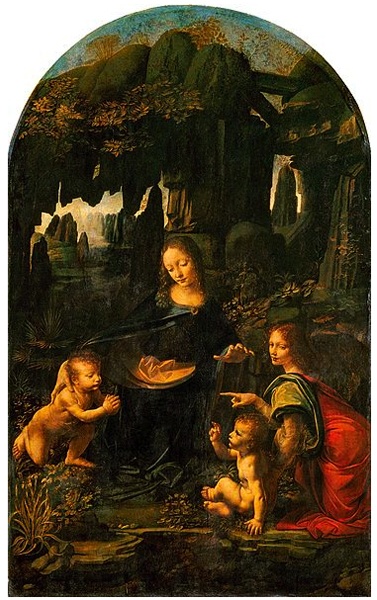 Leonardo signs a contract with the Milanese Confraternity of the Immaculate Conception in San Francesco Grande; they have commissioned him to produce several paintings including Virgin of the Rocks, and to polychrome their altarpiece in Milan.

Interestingly, art historians believe that Leonardo sold this painting, instead of fulfilling the commission. Later, he had to paint another version (this one with the help of apprentices) which he gave to the Confraternity in fulfillment of his contract. A slick move by Leonardo, who was in the habit of not finishing commissions in the agreed-upon manner.