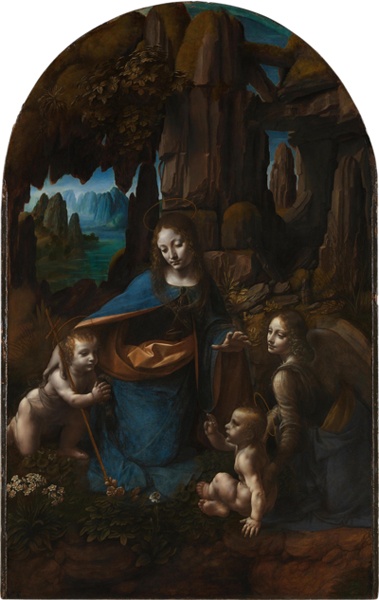 Arbiters in Milan, who have gotten involved in a dispute between Leonardo and a patron, rule that Leonardo is required to finish the commissioned Virgin of the Rocks within two years, and will be paid 200 lire. Notoriously slow on his follow-through, he had accepted the commission 23 years earlier with no results. Art historians believe, in fact, that he did finish this commission on time–he just happened to sell it to someone else. There are two versions of Virgins of the Rocks today; the earlier version can be seen here and at the Louvre. The one above is believed to be the one that was finished in compliance with the arbiters’ ruling, and is on display at London’s National Gallery.