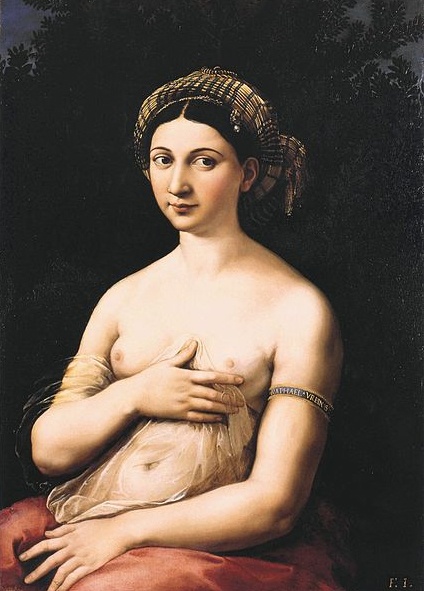 Raphael dies at age 37, after a night in which he “indulged in more than his usual excess” according to the biographer Vasari. The excess in question was not only the usual suspects, but particularly Raphael’s mistress Margherita Luti, known as La Fornarina (the baker’s daughter). Vasari alleges that Raphael didn’t tell his doctors that his problem was too much sex, and so they gave him the wrong cure.

Regardless, after his death, cracks suddenly appear in the Vatican palace, so worrisome that they cause the Pope to flee. Romans interpret the cracks as a sign of heavenly grief for Raphael, but they are more likely caused by recent structural modifications Raphael had made in the course of his duties as Architect-in-Chief of St. Peter’s Basilica.