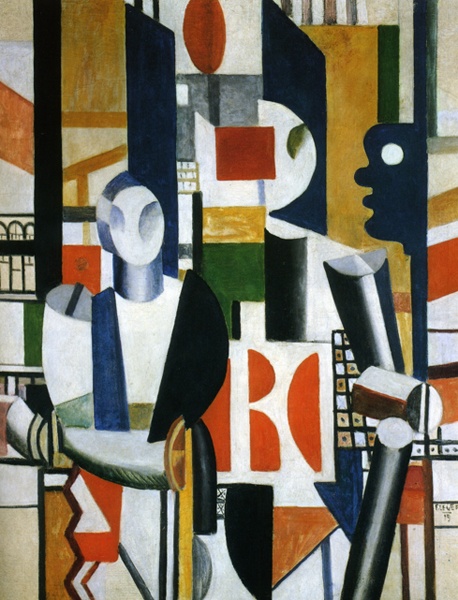 In the midst of World War II, on the same day that Nazi Germany invaded Norway, Peggy Guggenheim bought Fernand Léger’s Men in the City; Léger called himself “astonished by her sang froid”.

Since 1939, despite the ongoing war Hitler was waging in Europe (where she was living), Peggy had kept to her schedule to “buy a picture a day”. Her plan was to open a contemporary art museum in London. Although that didn’t work out precisely as she’d planned it, she became one of the most influential art patrons ever and opened a New York gallery that showcased American art. She effectively moved the center of the art world from Paris to New York City, partly from sheer force of will and her willingness to strategically promote and spend money on art, and partly because of the timing: many artists had already fled Europe for NYC during World War II.

Note: More use should be made of the word “sang froid”.