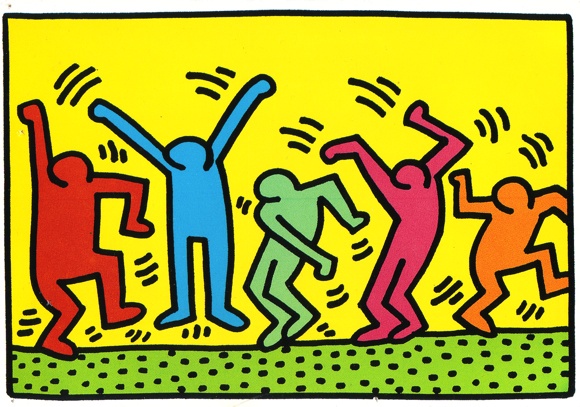 Rolling Stone publishes an interview with Keith Haring, in which he discusses his AIDS diagnosis vis a vis his career:

No matter how long you work, it’s always going to end sometime. And there’s always going to be things left undone. And it wouldn’t matter if you lived until you were seventy-five. There would still be new ideas. There would still be things that you wished you would have accomplished. You could work for several lifetimes. If I could clone myself, there would still be too much work to do – even if there were five of me. And there are no regrets. Part of the reason that I’m not having trouble facing the reality of death is that it’s not a limitation, in a way. It could have happened any time, and it is going to happen sometime. If you live your life according to that, death is irrelevant. Everything I’m doing right now is exactly what I want to do.