365 Days of Art: August 14 – Construction Begins on the Not-Yet-Leaning Tower of Pisa 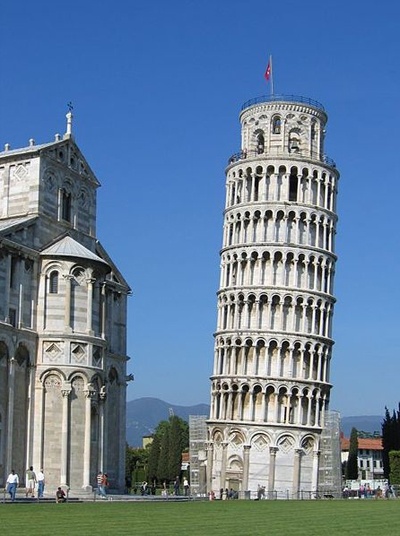 Construction begins on the Tower of Pisa. They don’t know it at the time, but the work won’t be completed for 199 years!

At this point, the foundation and first floor are begun, but are poorly thought out and executed. The soil is unstable, and the foundation only measures three meters; together, that’s a recipe for disaster. Unsurprisingly, when construction moves along to the second floor about five years later, the building begins to sink into the ground.

Around this same time, the Republic of Pisa becomes engaged in various military conflicts with Genoa, Lucca, and Florence. This saps money for civic projects, as well as the manpower needed to complete them, so construction on the tower is put aside for almost 100 years.

Luckily, during this time, the soil underneath is able to settle, and this more or less stabilizes the lean of the tower. Engineers say that if construction had proceeded earlier, the tower would almost definitely have fallen over.