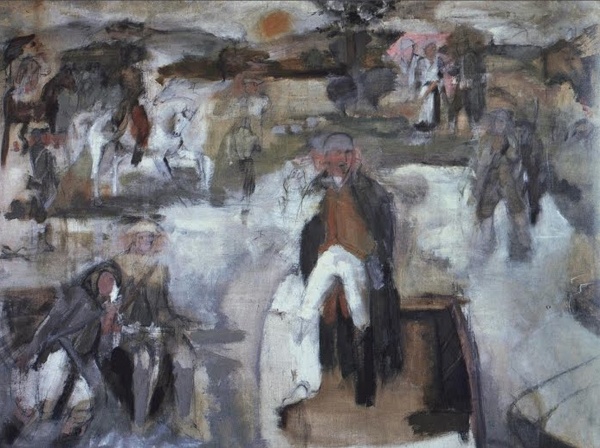 He’s nothing if not colorful. He hangs out at the famous Cedar bar with the Abstract Expressionists. His love life is unconventional and prolific: he has an affair with Frank O’Hara, and marries several times. He raises his ex-wife’s sons and lives with his former mother-in-law, who is his favorite model. He designs sets and costumes for Stravinsky’s Oedipus Rex. He appears with Jack Kerouac and Allen Ginsberg in an independent film. He’s nearly executed on suspicion of being a mercenary in Nigeria, though he’s simply making a travel documentary. He wins $32,000 in a TV quiz show. One of his personal claims to fame is that Jackson Pollock “once tried to run down one of my sculptures that was standing in a friend’s driveway in East Hampton”.

He’s called the Godfather of Pop Art, for bringing a sense of humor to art that’s in direct contradiction to the heaviness of the Abstract Expressionists. As he says about one of his more famous works, Washington Crossing the Delaware, and this reminds me of something Andy Warhol might say regarding soup cans:

I wanted to take something corny and bring it back to life”.