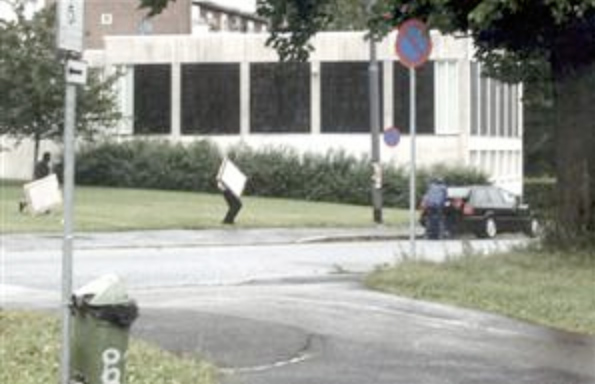 Eyewitness photograph of theft of The Scream.

Gun-wielding men in masks raid the Munch Museum in broad daylight and steal The Scream (one of several versions),as well as Munch’s Madonna. About seven months later, a suspect is arrested, but the paintings are still missing. For ten months, the museum is closed for a overhaul of security systems. The city of Oslo offers a reward, but still no information is forthcoming. Another year goes by, and six men go on trial; three are convicted, and ordered to pay restitution amounting to almost $118 million USD.

Later that year, the paintings are recovered with repairable water damage and tears. Police don’t release details of the operation, but the works are back at the museum.