365 Days of Art: August 27 – Michelangelo Takes 1st Commission, Krakatoa Colors Sky for The Scream, and Guernica is Displayed for 1st Time in US

Another big day in the history of art! 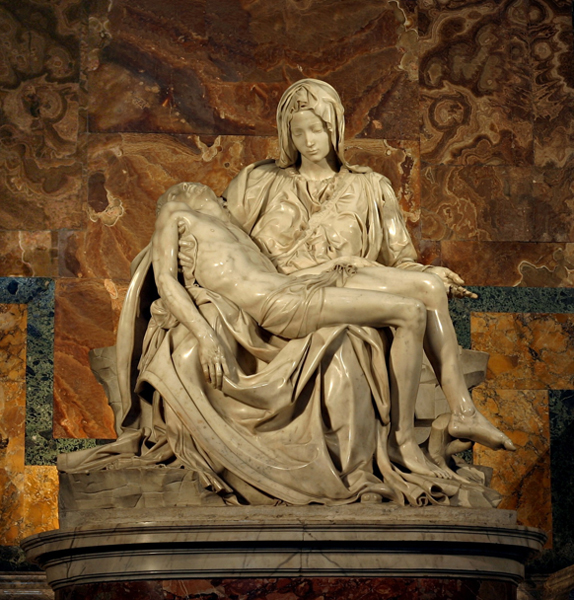 At age 25, Michelangelo receives his first big commission: a statue of Mary and Jesus for a cardinal. He selects the Carrera marble himself from the quarry and carves the statue from that single piece of stone. The 450 ducats he’s paid make him one of the best-paid artists of his time. The Pietá, as the statue is known, is on display at the Vatican, and is my favorite Michelangelo work. 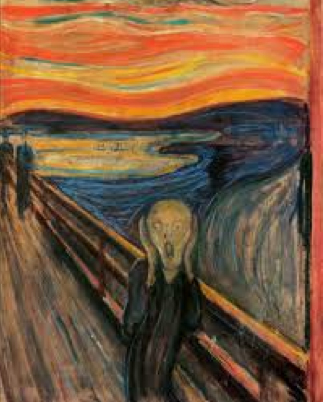 Krakatoa, an Indonesian volcano, erupts, pouring ash and debris into the atmosphere to such an extent that it wildly colors the sky around the world for months–including the sky painted by Edvard Munch in The Scream. Although this isn’t realized until the 2000s, newspaper accounts of the day are clear about the stunning evening skies in late 1883 and early 1884, even in Norway, where Munch works. Art history has always read the deeply colored and banded sky in that painting as an Expressionistic or Fauvist touch, but history says that Munch is painting what he sees.

The San Francisco Museum of Art (later SFMOMA) displays Picasso’s anti-war painting, Guernica, for the first time publicly in the United States. The exhibition is eerily relevant as tensions have been mounting in Europe, and World War II will officially begin in less than a week. To the museum’s credit, the exhibition is free.