365 Days of Art: August 29 – The Federal Art Project of the WPA is Created 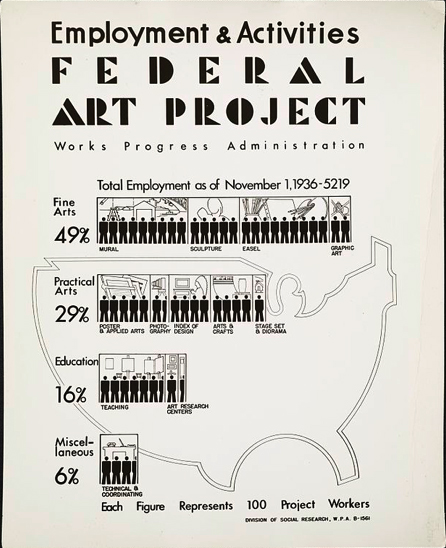 The Federal Art Project (FAP) is established as part of the Works Progress Administration and FDR’s New Deal. Like all WPA programs, its goal is to create jobs. Most of the jobs involved creating public art for government buildings like schools, libraries, airports and the like. One of the great features is that the program doesn’t favor representation over abstraction, but encourages all styles. Before it ends on June 30, 1943 it employs artists such as:

This isn’t a complete list, just some of the heavy hitters. That’s a Who’s Who of 20th Century Art, for sure.