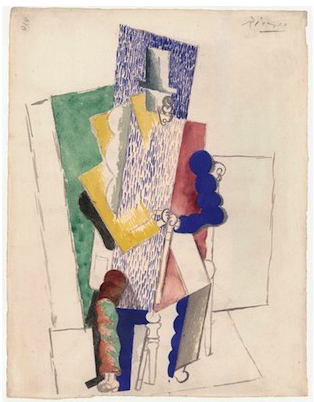 A 25-year old man wins a Picasso after buying a $140 raffle ticket.

Jeffrey Gonano, who works for his family’s fire sprinkler business, says he’s considering loaning the piece to a museum so that it can be enjoyed by the public. He sounds like a nice, down-to-earth guy, saying that entering the raffle is an extension of a newfound interest in art. His girlfriend even buys him a photograph by a Buddhist artist for Christmas.

I’m glad I actually gave it to him before,” she said, “because if I gave it to him afterward, that would look pretty insignificant compared to a Picasso.”