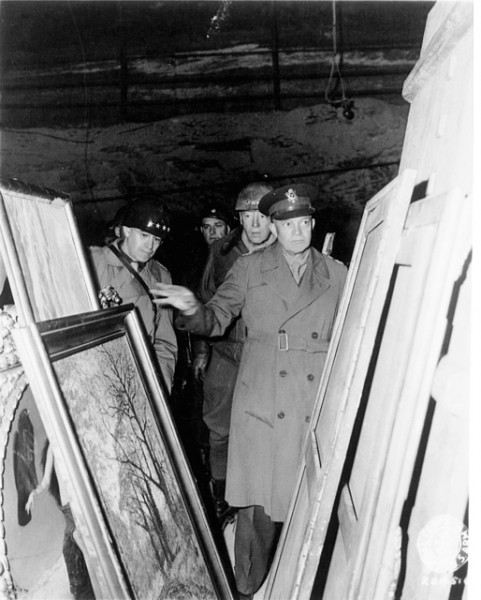 In an extraordinary memo, General Dwight Eisenhower clearly and directly charges each soldier with the responsibility of protecting the world’s cultural treasures:

Today we are fighting in a country which has contributed a great deal to our cultural inheritance, a country rich in monuments which by their creation helped and now in their old age illustrate the growth of the civilization which is ours. We are bound to respect those monuments so far as war allows.

If we have to choose between destroying a famous building and sacrificing our own men, then our men’s lives count infinitely more and the building must go. But the choice is not always so clear-cut as that. In many cases the monuments can be spared without any detriment to operational needs. Nothing can stand against the argument of military necessity. That is an accepted principle. But the phrase “military necessity” is sometimes used where it would be more truthful to speak of military convenience or even of personal convenience. I do not want it to cloak slackness or indifference.

It is a responsibility of higher commanders to determine through A.M.G. Officers the locations of historical monuments whether they be immediately ahead of our front lines or in areas occupied by us. This information passed to lower echelons through normal channels places the responsibility of all Commanders of complying with the spirit of this letter.