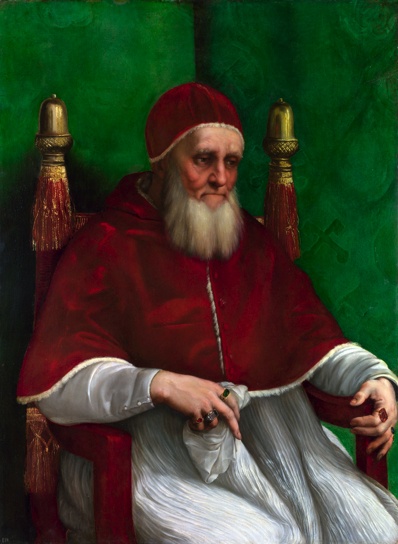 Michelangelo’s statue of his frenemy Pope Julius II, who is patron of the Sistine Chapel and other projects, is destroyed by a mob. The tie a rope around its neck and pull the 10,000 pound statue from its pedestal. It smashes into pieces, but not before it leaves a crater in the ground. Alfonso d’Este, an enemy of Julius, melts it into cannon–an ignominious end!