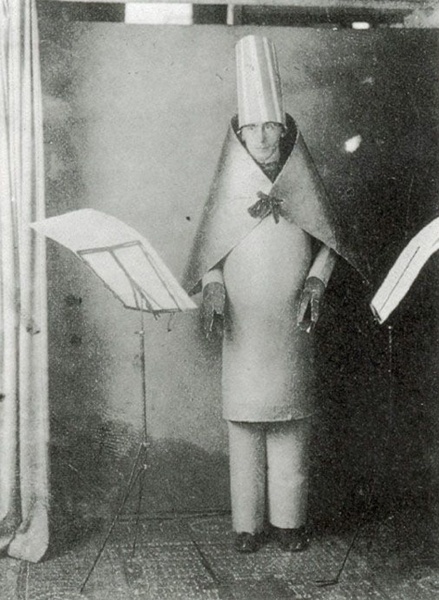 February 2, 1916
Hugo Ball writes in his Dada Diary about the formation of Cafe Voltaire in Zurich. He includes a press notice which says:

Cabaret Voltaire.
Under this name a group of young artists and writers has been formed whose aim is to create a center for artistic entertainment. The idea of the cabaret will be that guest artists will come and give musical performances and readings at the daily meetings. The young artists of Zurich, whatever their orientation, are invited to come along with suggestions and contributions of all kinds.