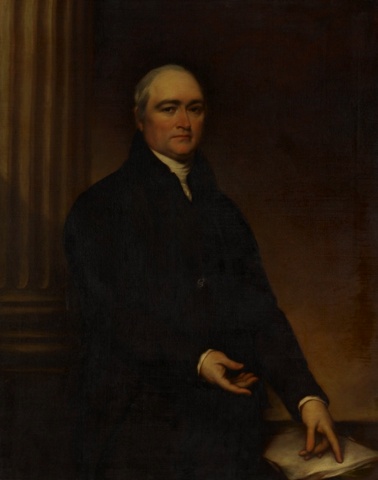 President Timothy Dwight (of Yale) the Elder, by John Trumbull

The New Haven, CT police department announced that the case of nine slashed paintings at the Yale Art Gallery and Peabody Museum in Cambridge, MA was solved.

Edward Morse was taken into custody and voluntarily committed himself to Middletown State Hospital after confessing to the vandalism. Morse had slashed the portraits with a glass cutter because, according to the Captain of Dectectives, the faces of the subjects “resembled persons who had come to his home when he was a young boy and threatened to harm his mother”. The Director of the Yale Art Gallery suspected Morse almost immediately, telling campus police that Morse came to him with a glass cutter, saying that he had taken it from two boys who were wandering the galleries.

Among the mutilated works were: