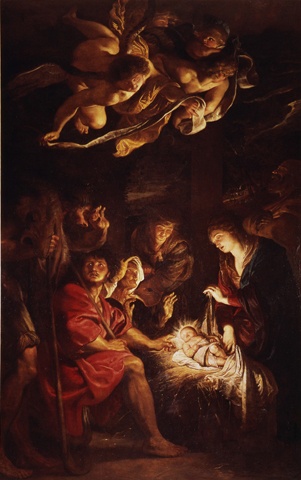 P. Flamminio Ricci, Padre Superiore of the Roman Congregation, writes to the Oratorium Congregation in Fermo to recommend Peter Paul Rubens for a painting job. He writes:

E flammingho ma da putto allevato in Roma.
(He is Flemish but as a boy was raised in Rome).

The canvas (not an altarpiece, which would have been even more prestigious) above was completed in three months for the church.