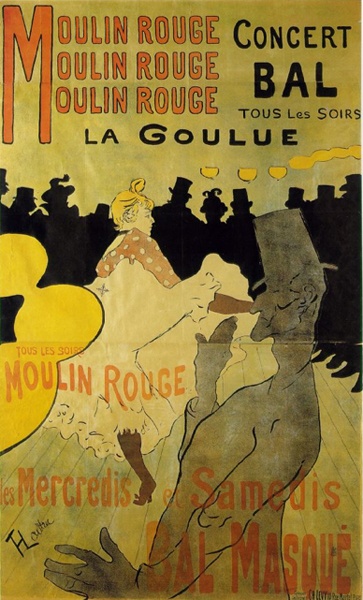 The Globe and Mail (Toronto) reported the donation of a collection of lithographs by Henri de Toulouse-Lautrec. The collection was one of the largest in the world that was privately held, and belonged to a New Yorker by the name of Ross Scott. He’d died two years previously, willing the collection of 35 lithos, as well as 20 pieces of “ephemera” (such as cover designs and illustrations for books, magazines, theater programs, and menus) to the Art Gallery of Ontario upon his death from cancer.

Scott singled out the AGO because he and his life partner, Don Muller, “really liked the feel of Toronto,” finding it “a very friendly place … welcoming to gay couples”. Another point in Toronto’s favor was that, unlike New York, none of its museums and galleries had substantial Lautrec holdings; the AGO owned only one faded print prior to Scott’s donation.