365 Days of Art: July 13 – Peggy Guggenheim Arrives in US with Plans to Open Art Gallery 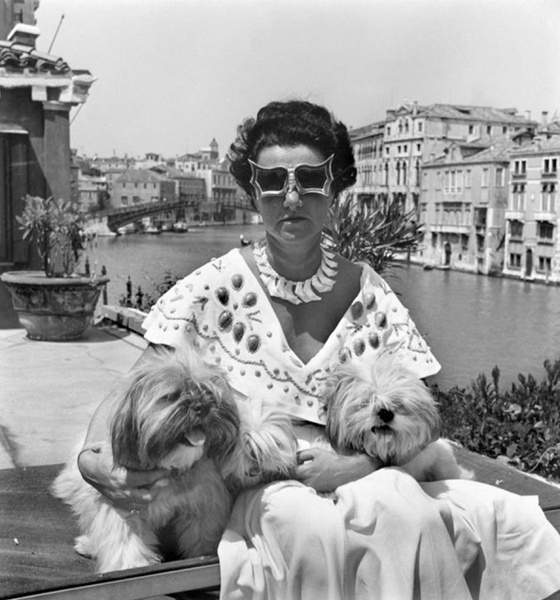 Peggy Guggenheim arrives in the US from Europe with plans to open an art gallery. This simple-sounding plan leads to the creation of Art of This Century, probably the most influential art gallery ever, with her artists becoming commercially successful, and introducing the fine arts into pop culture.

She is known for her chutzpah (at least twice buying art as World War II waged around her), her network and savvy, and her sexual escapades.

I love this photo of her at her palazzo in Venice. It’s a museum now, called The Peggy Guggenheim Collection. Be careful; the marble stairs are slippery–I fell down the whole staircase!