365 Days of Art: July 26 – Three Events About Women in the Art World: a Suicide, a Congressional Debate, and a Job Interview

Three events today, about women in the art world: 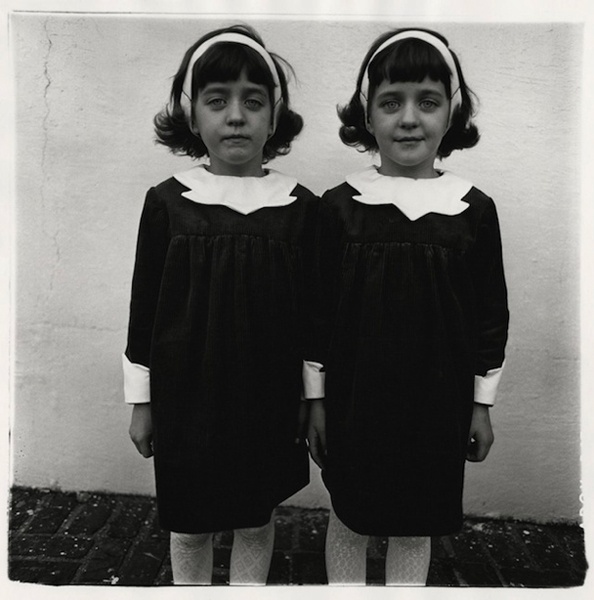 Diane Arbus commits suicide. She is a photographer, known for her black-and-white, usually head-on photos of folks that might make other folks cringe: a man in rollers and make-up, presumably half-way through his transformation to drag queen (this photo is spat on by a MoMA visitor); a giant standing with his parents in their Bronx apartment; odd-looking twins in identical dresses and headbands (this photo is the inspiration for the eerie girl-ghosts in The Shining). Arbus says she doesn’t want to be known as a photographer of “freaks” (though that’s exactly the term that is most often used to describe her work). She initially says she sees tenderness and beauty in her photos, though later she tells a friend that she hates them. 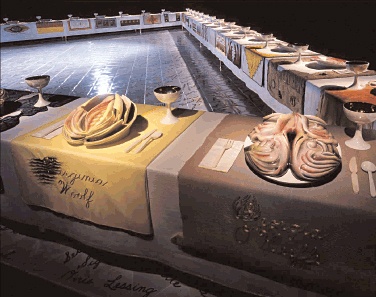 Congress debates Judy Chicago’s Dinner Party, in the context of monetary support to the University of District Columbia, where she had donated the installation. To absolutely no one’s surprise, California Rep. Bob Dornan in particular comes out against the feminist work, saying: “This thing is a nightmare. This is not art, it’s pornography, 3-D ceramic pornography. This disgusting dinner party…Look at this garbage.”

The final vote removes $1.6 million from the UDC budget.

Chicago says later: “That was appalling, watching that debate on C-SPAN, the quote-unquote ‘congressional debate’. ”

In an interview, Marcia Tucker, former curator of the Whitney Museum of American Art, founder of the New Museum of Contemporary Art, and possible former Guerrilla Girl, discusses her job interview at the Whitney:

“Let me tell you why you don’t want to hire a woman. First, no man will ever be able to work for me. Secondly we know that women can’t do budgets and third, once a month I will go crazy and nobody will be able to get near me.”

And he actually laughed and he said, “Okay.”

They hired us both [she and James Monte], but they hired me for two thousand less a year, which at that time was considerable. It was rectified however because my colleague Jim was kind enough to tell me. So I went into to see my director and I said:

So it got changed, and those were very odd days because I was the first woman they had hired except for Margaret Mackellar the registrar, the first woman since Gertrude Vanderbilt Whitney…

Q: And how do you think your choices influenced what they [the Whitney] were showing?

MT: Well I know that I had some. I know that I had some influence on the nature of the artists who were being shown. Because the Guerilla Girls actually did a kind of study and the years that I was there and especially the years that Elka [Solomon] and I were there together, the number of women and artists of color shot up dramatically and the year that I left [was dismissed], it just plummeted again.