365 Days of Art: July 6 – Pope Decrees Swiss Guard to be Honored in Fresco 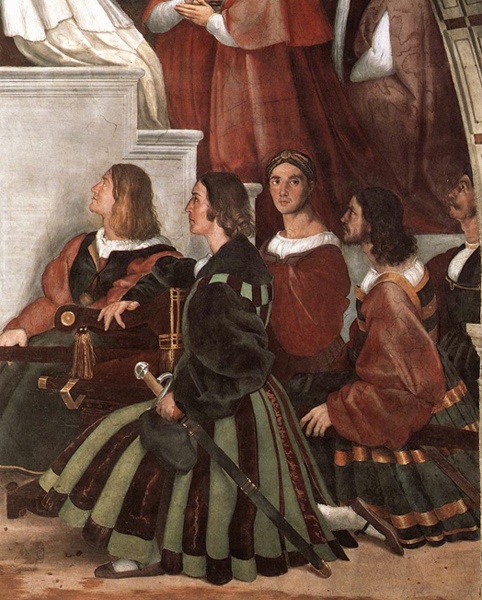 After the Swiss help drive the French army out of Italy, Pope Julius II issues a papal bull to honor them: he gives the Swiss the title of “Protectors of the Liberty of the Church”, sends silk banners to every town in Switzerland, and instructs Raphael to alter the design of The Mass at Bolsena to feature them.

This is a total anachronism, since the fresco depicts an event from 1263, and the Swiss Guard didn’t exist until the late 1400s. Fittingly then, Raphael has also included two other time-traveling protagonists: himself as a Swiss Guard (the one who is looking out) and Pope Julius II receiving Communion.

The Swiss Guard protect the Vatican to this day. 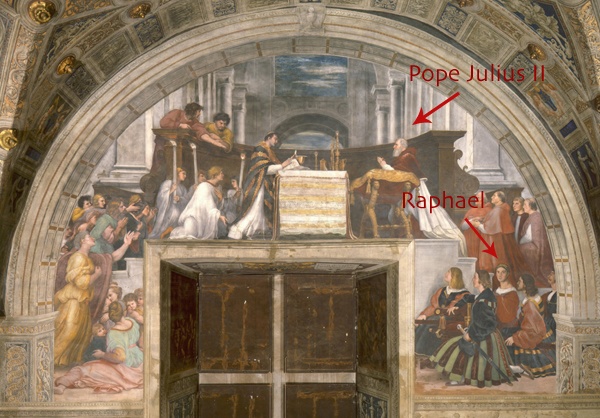