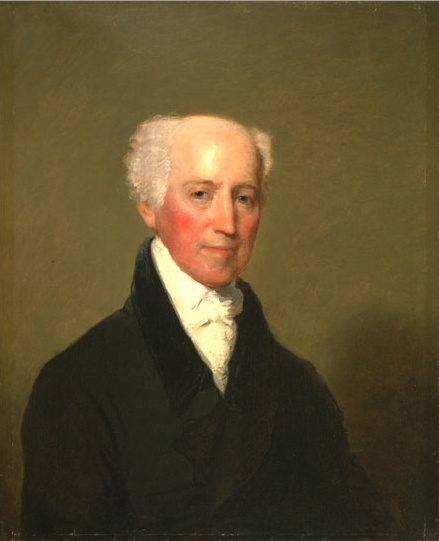 Stephen Salisbury, from Worcester, Massachusetts (holla!) writes home to his son about having his portrait painted by Gilbert Stuart at Stuart’s studio in Boston:

Your aunt &c. has prevailed on me to Sit before Stuart for a likeness, which he has accomplished to their Satisfaction, as well as my own.”

…we were permitted to see the picture yesterday forenoon—the likeness is very striking. your Father has just gone to sit for the fourth time, he expects to sit again tomorrow & the next day, which will I suppose finish.”

Up to this point, his son had thought Salisbury was staying in Boston in order to buy horses because for some reason, Salisbury does not want anyone to know that he is sitting for a portrait. The painting is in the collection of the Worcester Art Museum.