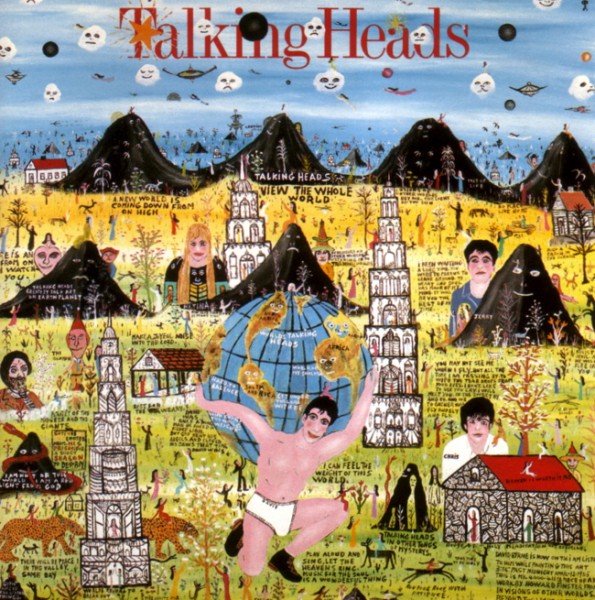 Folk art is brought into the mainstream a bit when Talking Heads feature Howard Finster’s artwork on their album Little Creatures.

The Reverend Howard Finster is one of my favorite artists, and you can read more about him here. He was a collector (of dental molds, “wore-out art supplies”, glass jars, bicycles, really anything that you can think of), who turned his collections into works of art, and his rural Georgia backyard into a “Paradise Garden” chock-full of artwork. He was also a patriot, before that word got tossed around so freely, and I mean it as a compliment: many of his works were about American icons like Elvis and George Washington. He numbered each and every work in a barely legible numeric system since he had only a sixth-grade education. He got his creative ideas from God. He used to hang out on his front porch twice a week and entertain whomever wanted to come over and talk about artwork (and probably God).

He has since died, but his nephew still runs Paradise Gardens. Much of the work has been moved to the High Museum of Art for safekeeping, but you can still get a sense of its heyday. An excellent road trip!