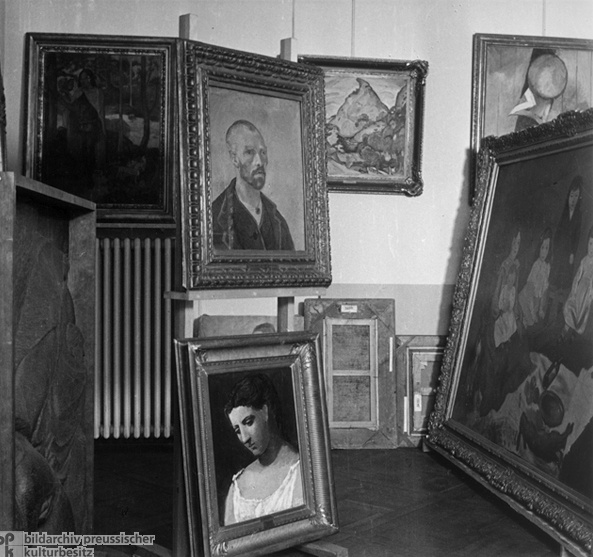 Hitler signs an order authorizing the Degenerate Art Exhibition, and Joseph Goebbels accordindgly creates a commission to oversee the confiscation from museums and private art collections any remaining artworks that are deemed modern, subversive, or otherwise contrary to the German spirit. This is an extension of Nazi policy to persecute Jews and incite hatred of the “perverse Jewish spirit” among German citizens.

Over 5,000 works are seized, including 1,052 by Emil Nolde, 639 by Ernst Ludwig Kirchner and 508 by Max Beckmann, as well as smaller numbers of works by artists like Alexander Archipenko, Marc Chagall, James Ensor, Henri Matisse, Pablo Picasso and Vincent van Gogh.