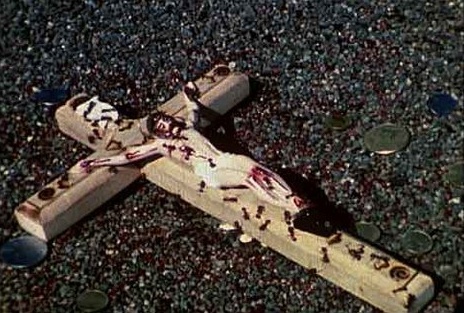 Hide/Seek: Difference and Desire in American Portraiture opens at the Tacoma Art Museum in Tacoma, Washington. This show, which originated at the National Portrait Gallery, Smithsonian Institution, is the first major museum exhibition to focus on gender and sexuality. It drew international attention not only for this reason, but also because of the uproar caused by the removal of one of the works in the exhibition.

Due to four complaints–from the President of The Catholic League, two Republican congressmen, and one visitor who had actually seen the exhibition–the director of the National Portrait Gallery removed one of the works in the exhibition, a video by David Wojnarowicz, which dealt with the death of his lover from AIDS. A few seconds of the video showed ants crawling on a crucifix, which was the stated reason for its removal. The funding of the National Gallery was called into question (this will be a recurring theme this year; stay tuned).

In a show of support, the Brooklyn Museum and the Tacoma Art Museum stepped up to host the exhibition in its entirety.