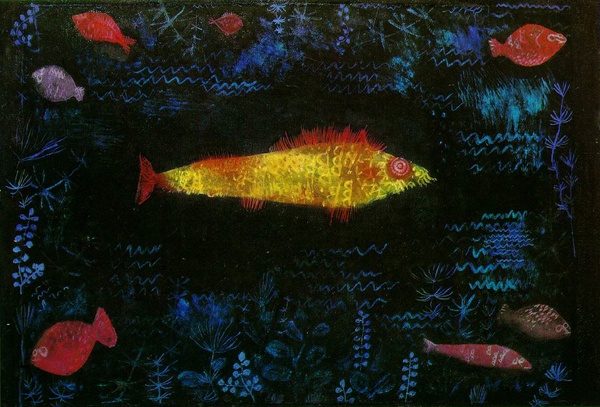 At the Kunsthalle Hamburg, Hans-Joachim Bohlmann damaged the painting The Goldfish by Paul Klee by spraying sulfuric acid on it.

This was the first of many attacks on artwork in Bohlmann’s career as a serial vandal; he damaged over 50 artworks between 1977 and 2006, causing millions in damage, and untold hours of conservation to try to fix what he destroyed. One attack necessitated over 21 years’ worth of conservation work.

Bohlmann suffered from mental illness since childhood and underwent a lobotomy at one point in an attempt at a cure, but he claimed the immediate cause of his vandalism was the death of his wife. Less than a week after she died from falling out of a window while cleaning it, Bohlmann began stockpiling sulfuric acid from pharmacies and vandalized a public park. Within two weeks, he attacked the Klee. According to Bohlmann, he and his wife used to enjoy visiting museums together. He later said that he enjoyed destroying things that others loved.

This is a sad, sad story.