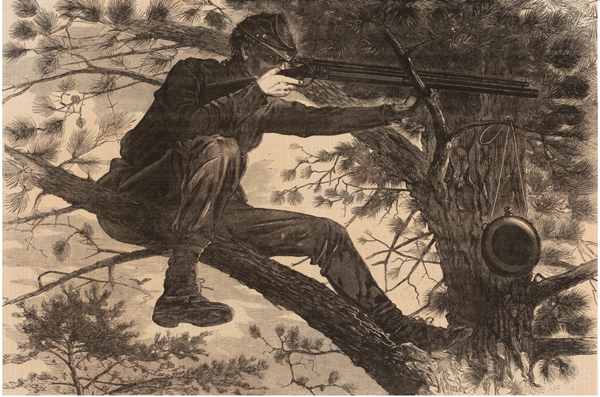 Winslow Homer, The Army of the Potomac – A Sharpshooter on Picket Duty, 1862

Winslow Homer’s The Army of the Potomac-A Sharp-Shooter on Picket Duty a wood engraving based on a painting, is published in Harper’s Weekly. 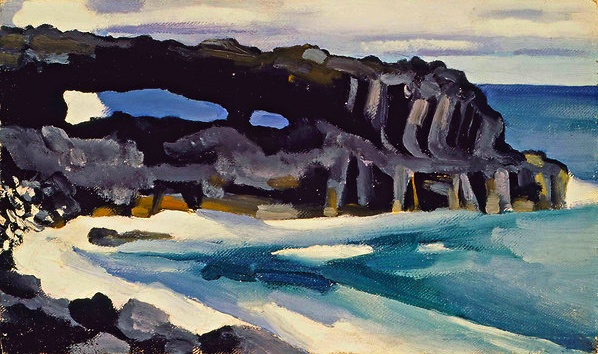 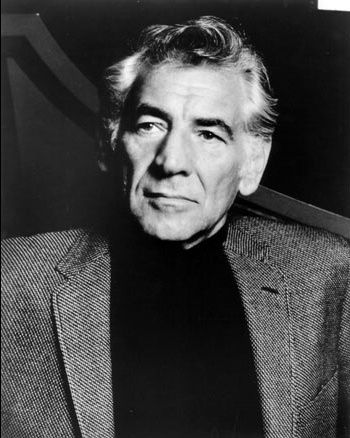 The composer Leonard Bernstein declines a National Medal of Arts, awarded to him by the White House, in protest of the NEA rescinding a grant for an art exhibition on AIDS. As a gay man and AIDS activist, Bernstein says he cannot stand by without making a statement, especially as the NEA is responsible both for recommending him to the White House and for revoking the grant money. 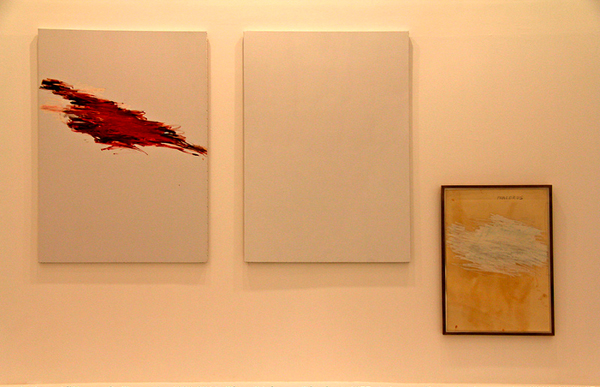 Cy Twombly, Three Dialogues (Phaedrus), 1977. The vandalized panel was the white one.

A woman who vandalizes a painting by kissing it with red lipstick is sentenced in court for the crime. The painting is a panel of the Cy Twombly triptych Phaedrus, of which she says:

It was just a kiss, a loving gesture…I thought the artist would understand…. It was an artistic act provoked by the power of Art.”