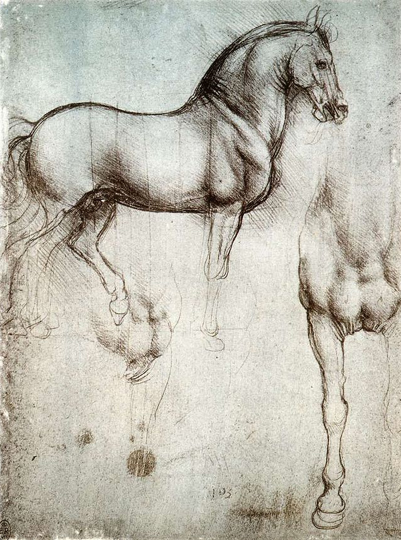 Ludovico il Moro, the Duke of Milan, sends all of the bronze that Leonardo has collected for casting a statue of a horse to his father-in-law, who makes it into cannon. 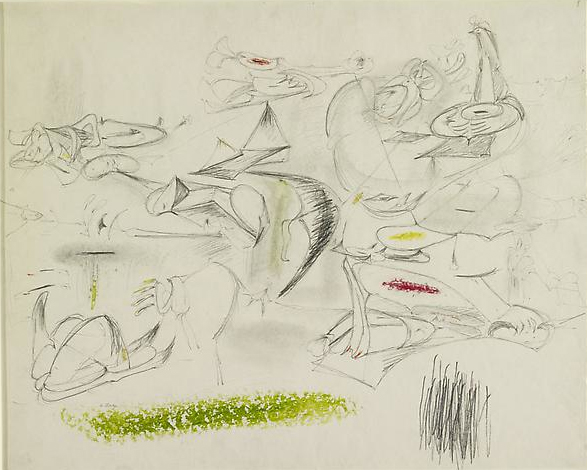 This summer I completed a lot of drawings — 292 of them. Never have I been able to do so much work, and they are good too.”

This productive summer is one of the bright spots of Gorky’s year. His unlucky streak begins with a fire in his studio in January, caused by a stove he’s installed only the month before. The fire ruins almost all of his work. Two months later, he undergoes a colostomy for rectal cancer, and goes to his in-laws’ house in Virginia to recuperate. He draws the landscape in the fields during the day, and scenes by the fireplace each night.

This optimistic period of work is followed shortly by infidelity in his marriage, a serious car accident, deep depression and his eventual suicide.