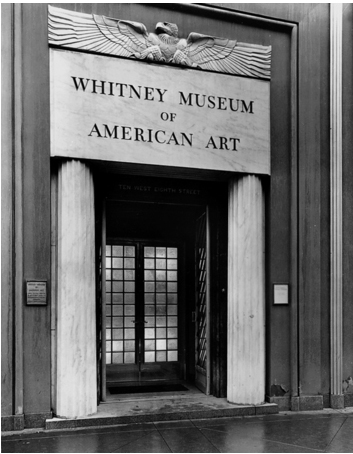 The Whitney Museum of American Art, 1931.

It goes through a couple of iterations before becoming a museum, beginning with Gertrude Vanderbilt Whitney’s empathy for the struggles faced by young, unknown, American artists at the turn of the century. As a sculptor herself, Whitney understands how difficult it is for artists to show or sell their work.

By 1914, she regularly presents exhibitions of lesser-known artists in a studio, and by 1929, she’s collected over 500 artworks, which she offers to the Met, along with an endowment. Incredibly, they refuse.

In response, she decides to open her own museum with a very different agenda than the Met’s. She decides that her museum will focus only on American artists.