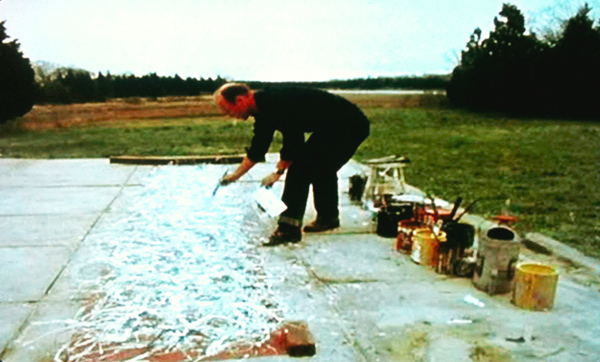 Jackson Pollock painting outside at Springs.

Jackson Pollock moves from New York City to Long Island, to a farmhouse in Springs. This is a shocking move at the time, since NYC is the center of the art world. The yard and barn where he keeps his studio become the backdrops for some of the most iconic Pollock moments: a documentary of him working, and many photos of him squatting over his canvas, with the barn walls behind him.

Fun Fact: The asking price on the house is $5,000; Peggy Guggenheim loans him $2,000 for the down payment. Obviously, this is before The Hamptons are The Hamptons! 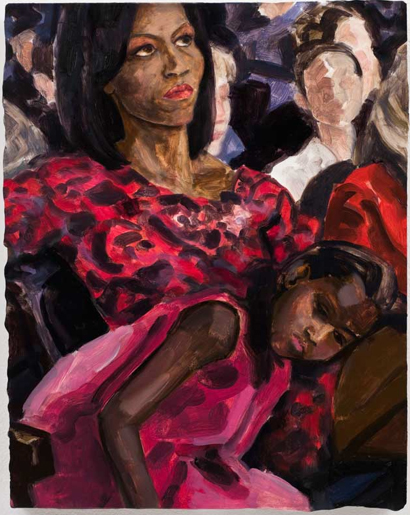 The day after the historic election of Barack Obama to the U.S. presidency, a new painting by Elizabeth Peyton goes on display at her exhibition of celebrity portraits at the New Museum: a portrait of Obama’s wife and daughter at the Democratic National Convention. The painting is commissioned by W magazine, but the museum’s curator decides that in the interest of being bipartisan, the painting will only join the exhibition if Obama wins the election.