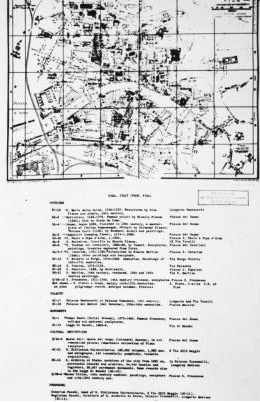 Map of Pisa’s monuments, created at the Frick Library in NYC in collaboration with the Monuments Men

The US President of the European Monuments and Art Treasures Committee, an organization consisting of thieves and Jews, said in a statement to the Press that a large number of maps are being distributed to US soldiers to enable them to trace artistic treasures easily. A well-known gangster has been appointed as Director of the Committee”.

This refers to the “Monuments Men”, whose priority during the war is to save cultural and artistic treasures.