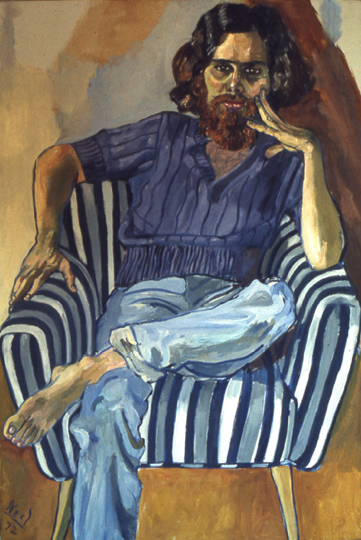 Alice Neel dies. She is a highly regarded painter, especially revered by feminists in the 1970s and beyond, though her mother once told her that her options were limited due to her gender.

She lives through various personal tragedies, which fuel her portraiture. Despite the death of her infant daughter, her husband’s kidnapping of another and leaving for Cuba, a nervous breakdown, an unstable boyfriend who burned hundreds of paintings, the loss of her job at the Works Progress Administration, and other trials, she perseveres with her painting. She comes into her own in the 1970s with the women’s movement.