Palermo devastated by American bombing, May 1943 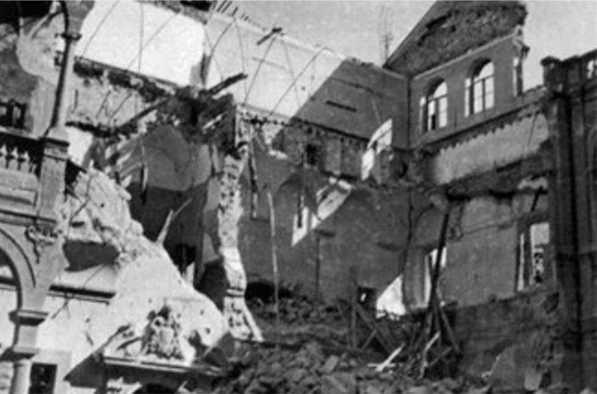 Palermo devastated by American bombs, May 1943

The first ships left Sicily for London today with precious works of art, some of which will go to the British Museum and some to private collections”.

The idea is to create suspicion surrounding Americans interested in artworks (i.e., the Museum and Fine Arts Archives Program, AKA the Monuments Men). Given that American bombs have devastated Palermo just months earlier, feelings are already running high. A healthy dose of national pride doesn’t hurt either…what red-blooded Sicilian wants to see his or her cultural treasures going to private collectors in London, for pete’s sake??