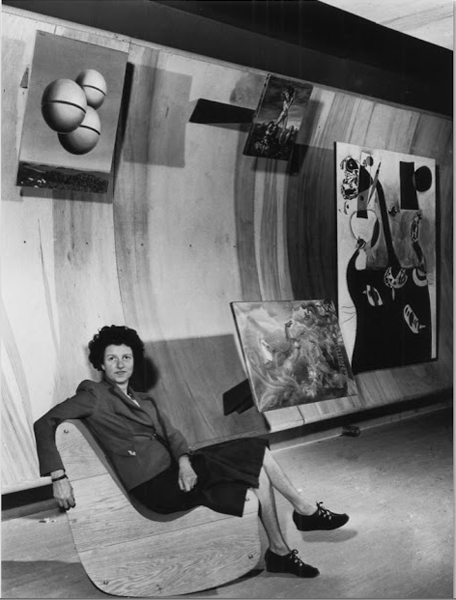 Peggy Guggenheim at Art of This Century

A press release calls gallery a “research laboratory for new ideas” that will “serve the future instead of recording the past”. Guggenheim specializes in the work of European modernists and Surrealists like Picasso, Mondrian, and Klee, as well as emerging American artists like Joseph Cornell. Later, she’ll become known for launching the careers of the Abstract Expressionists, particularly Jackson Pollock.