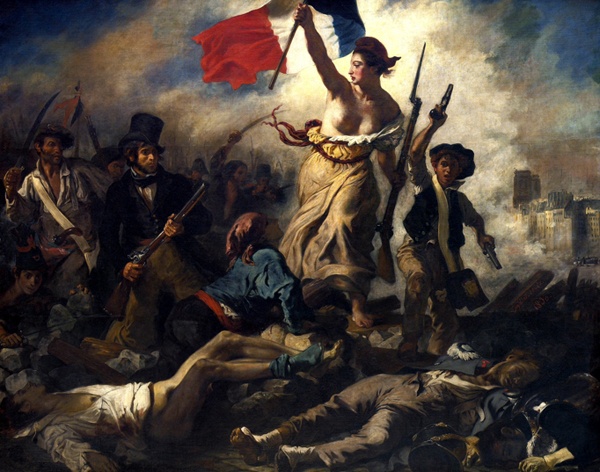 Eugene Delacroix, who has been working on Liberty Leading the People, writes to his brother:

My bad mood is vanishing thanks to hard work. I’ve embarked on a modern subject — a barricade. And if I haven’t fought for my country at least I’ll paint for her.” 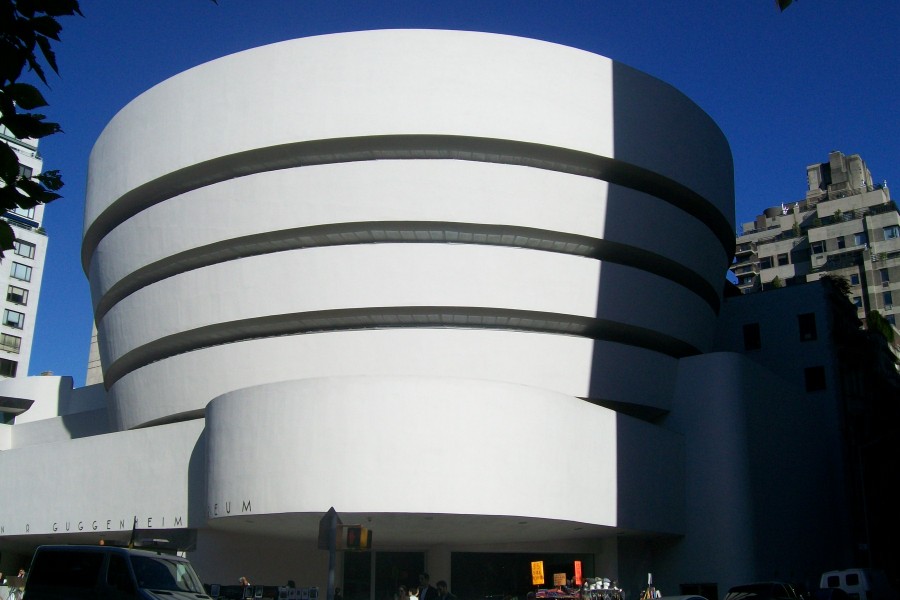 The Solomon R. Guggenheim Museum opens on Fifth Avenue in the stunning spiral building designed by Frank Lloyd Wright. It’s one of my favorite buildings because it’s so weird. It’s the first American museum to be built from scratch, rather than converted from a private residence.

Fun fact: Ellsworth Kelly recalls a not-yet-famous Andy Warhol, dressed in a suit for the opening reception. Not only does Andy eavesdrop on a private conversation, but he hears others discuss plans to go to an after-party at a gay leather bar, then stuns everyone by inviting himself along.