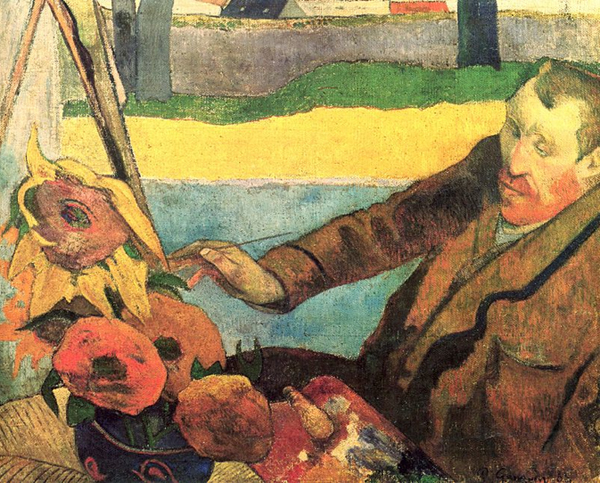 Paul Gauguin arrives in Arles to live with Vincent van Gogh in the Yellow House. This is something Vincent has wanted for some time, but his dreams of an art community dissipate as he and Gauguin repeatedly clash. By the end of the fall, Gauguin moves out and Vincent infamously cuts off his ear. 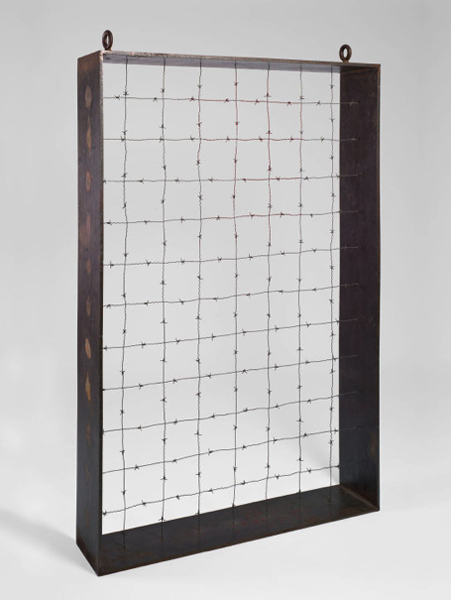 The Richard J. Daley Exhibition opens at Feigen Gallery in Chicago, in direct response to the brutality that protesters, regular folks, and even news anchors like Mike Wallace and Dan Rather experience at the Democratic National Convention in Chicago–with the encouragement of Mayor Daley.

A total of 47 artists take part in the show, with 21 of them making new work that directly comments on the summer of violence. Artists include Claes Oldenburg (a Chicago native), James Rosenquist, and Barnett Newman, who cancels an entire solo show in Chicago out of moral qualms about what is happening.

Newman’s piece above not only uses material like barbed wire to comment on the police state that Chicago becomes for the duration of the convention, but it takes a particularly insulting slam at Mayor Daley by drawing the inference of “lace curtain Irish”. Daley, a proud Irish-American in a city full of proud Irish-Americans, would have taken umbrage to the implication that he puts on airs or behaves like the Protestant gentry, like the titular Irish immigrants who hang lace curtains in their shacks.