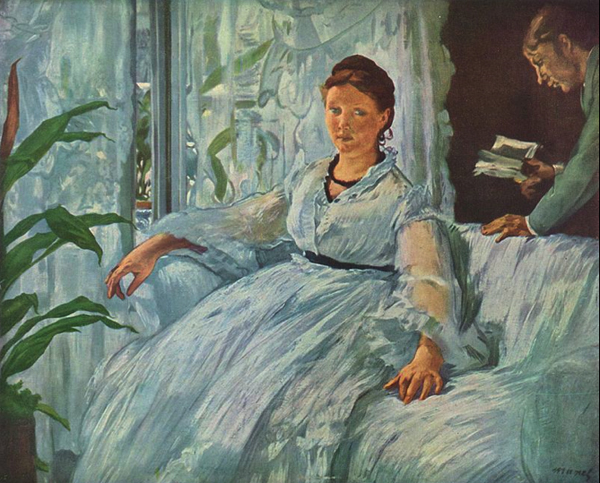 Edouard Manet marries Suzanne Leenhoff, the childhood piano teacher his father hired to provide music lessons to Edouard and his brother. After a relationship of more than ten years, they finally marry after Manet’s father dies. At the time of the wedding, Leenhoff has an 11-year old son named Léon Koëlla, who is not referred to as her son, but as her younger brother. Manet, who sometimes paints the boy, is almost definitely his unacknowledged father.