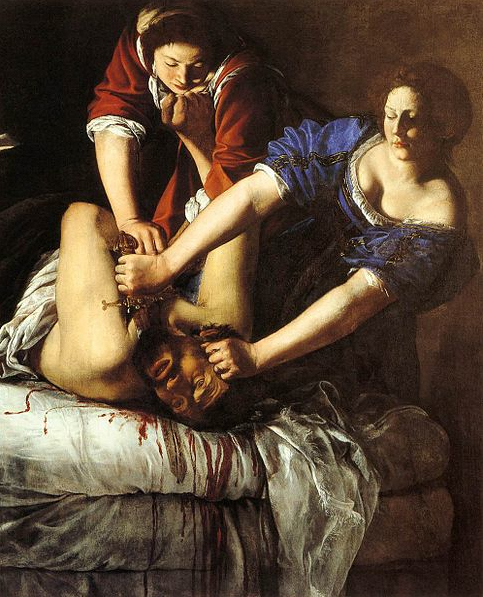 The manuscript from the trial of Artemisia Gentileschi’s rapist shows that Artemisia’s studio assistant gives testimony against the victim, his boss…while being tortured.

Nicolo Bedino, who ground and mixed colors for Artemisia, is stripped naked and hung from a rope while testifying that he had delivered letters from her to several men. This evidence is used to imply that she was a loose woman, and that it isn’t a case of rape at all. 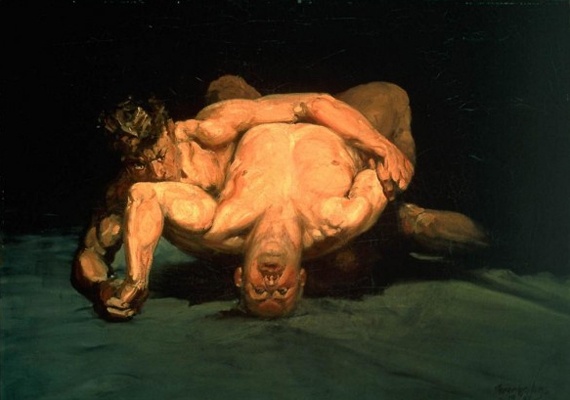 George Luks dies after a bar fight in NYC. 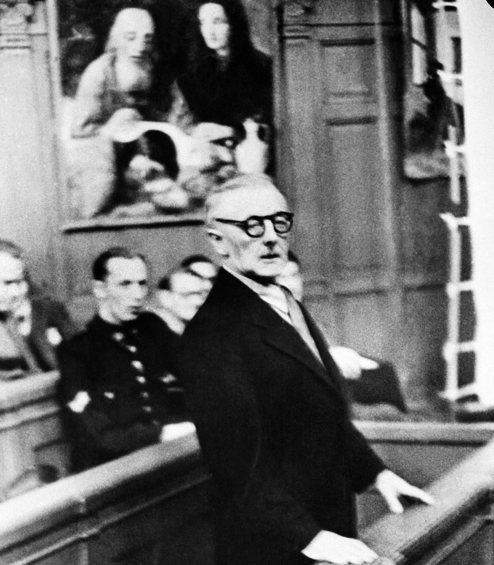 Han van Meegeren in the witness box at his trial. One of his forgeries is behind him.

The trial of art forger Han van Meegeren begins in Amsterdam. He becomes one of the world’s best art forgers ever, deciding that he has something to prove after art teachers and critics call his work unoriginal and uninspired. One of his forged Vermeers is hailed as one of the finest “Vermeers” ever.

His forgery is discovered after World War II when when a forged piece (believed to be authentic) is discovered in Reichsmarschall Hermann Goring’s private art collection. Dutch authorities charge Han with giving away Dutch cultural property and arrest him as a Nazi conspirator. Han decides to admit to the forgery, a lesser crime, rather than be sentenced to death for treason.