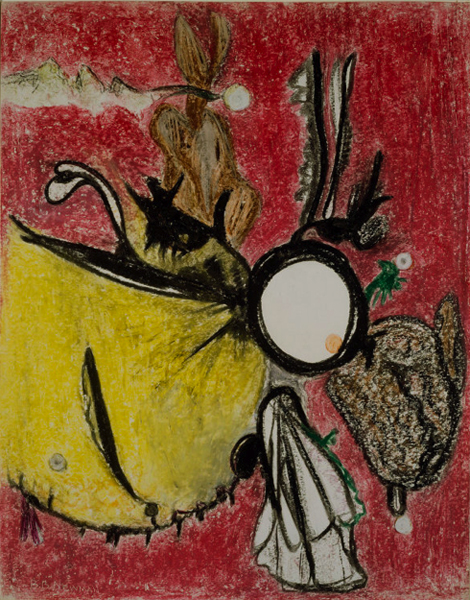 Protesting police brutality in Chicago during the Democratic National Convention, painter Barnett Newman demands that his painting be removed from an exhibition at the Art Institute of Chicago.

America is stunned in front of their televisions, watching cops in riot gear executing “Gestapo tactics on the streets of Chicago”, as Senator Abraham Ribicoff describes it. They see officers rough up protesters, as well as others like journalists Mike Wallace and Dan Rather. Legislators and convention attendees describe the convention hall itself as a “military installation with barbed wire, checkpoints, the whole bit”.

In response to this scene, which has been going on for at least five days, Newman writes to CC Cunningham, Director of the Art Institute of Chicago:

Please remove my painting Gea from your forthcoming exhibition “Dada and Surrealism”. I do not wish to be represented in this exhibition in protest against the uncalled-for police brutality of Mayor Daley, which fills me with disgust. I cannot in good conscience do otherwise. The day this exhibition opened at the Museum of Modern Art the street in front of the Museum was full of hippies and police, but no one called for the cracking of heads. Please give me your assurance that my wishes in this matter will be respected. Thank you for your invitation, but under the circumstances I cannot accept.

Ironically, 22 years later, this painting is donated to the Art Institute’s permanent collection. The mayor at the time is Daley’s son.