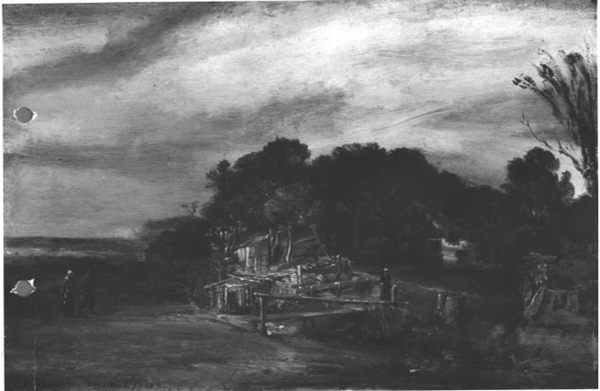 They enter through the skylight, tie up the guards and steal a rare Rembrandt landscape (he usually paints portraits), two works from Breughel the Elder, two Corots, two Millets, a Courbet, a Daumier, a Delacroix, a Gainsborough, some lesser-known paintings, and some jewelry and decorative arts. The thieves are forced to abandon another cache of works, including a Picasso, Tintoretto and El Greco, when they set off an alarm.

A few days later, the thieves engage in ransom negotiations with the Museum Director, calling him on the phone and demanding 25% of the worth of the stolen art. (Side note: why did they ask so little? In another call, they ask for even less — half of that) To prove they have the artwork in their possession, they mail him snapshots of it, and phone one of the guards in the guard booth. They instruct him to pick up a cigarette carton on the ground outside, and in the carton is a piece of the stolen jewelry. As part of another negotiation, they leave one of the Breughels in a locker in Central Station for police to find. However, the negotiations always break down or are called off (one attempt is aborted when a police car is spotted nearby).

The mystery has never been solved, and all of the works, save the pendant and the Breughel, are still missing.