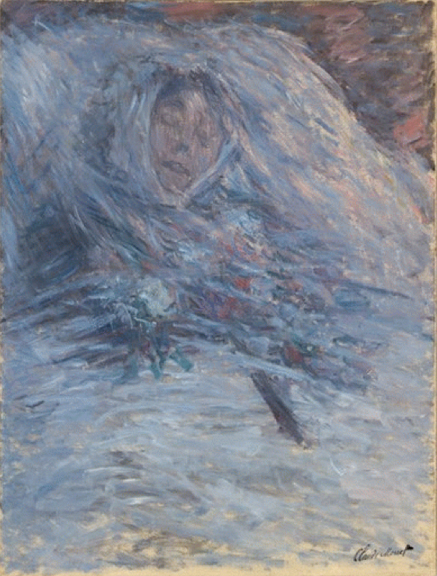 Claude Monet, Camille on her Deathbed, 1879

Monet’s wife Camille dies of cancer at age 32, and he paints a portrait of her on her deathbed.

While Monet’s portrait and correspondence seem to show real feeling over her death, he doesn’t treat Camille very well while she’s alive. She gives birth to their first child alone and penniless, with just a medical student friend to assist, while Monet visits his family.

In September 1870, soon after the birth of the baby, France surrenders in the Franco-Prussian War, and there is general panic as many French citizens try to flee across the Channel to England. Sometime between September 2 and early December (when there is evidence of him entering a painting contest in London), Monet deserts his wife and child when he boards a ship to London. He leaves them with no money, in a hotel with the bill unpaid. Camille is pretty resourceful and finds a way to London later (he must have cursed his bad luck at that one).

The striking thing about all this is how Monet has gotten a free pass all these years. Most accounts of this desertion (not only of his family but also of his military duty) don’t mention that Monet and Camille find their way to London separately. Those who do acknowledge this fact are full of apologies and explanations on Monet’s behalf, like Jean-Paul Crespelle, who writes in Monet: The Masterworks:

Caught up in the confusion, Monet must have lost his head. On an impulse he boarded ship and left.”

Oh, how confused he must have been, the poor guy!

Monet also carries on a long-term affair with the wife of an art dealer, going so far as to move the woman and her husband into the Monet family home. In a final insult, his mistress, Alice Hoschedé, is responsible for nursing Camille through her cancer and death. I can’t even imagine.

Why has Monet been given a free pass all this time? He’s not a nice guy. This has been one of the surprises of my research for this project. 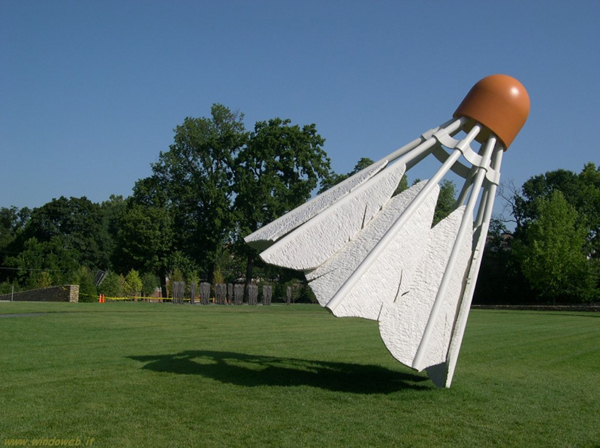 Chicago native Claes Oldenburg protests police brutality in his hometown by sending a letter to canceling his show at Feigen Gallery there. On the same day, 50 prominent artists announce an art boycott of Chicago until 1970, when Mayor Daley’s term ends. This follows in the footsteps of Barnett Newman, who has recently removed his painting from an exhibition at the Art Institute of Chicago in protest of the city’s actions.

Oldenburg writes to the gallery director:

…in Chicago, I, like so many others, ran head-on into the model American police state. I was tossed to the ground by 6 swearing troopers who kicked me and choked me and called me a Communist…a gentle one-man show about pleasure seems a bit obscene in the present context”.