365 Days of Art: September 7 – Apollinaire is Arrested for Theft of Mona Lisa 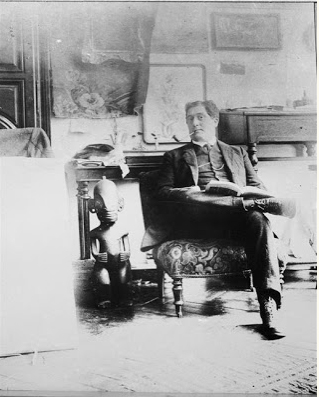 Seventeen days after the Mona Lisa is stolen without anyone noticing, police arrest the poet Guillaume Apollinaire. As a critic and surrealist, he’s suggested in the past that the Louvre should be burned down, and he rooms with someone who’s been stealing antiquities. He’s held for five days, during which time he implicates his friend Picasso, and returns some of his roommate’s stolen artifacts. Based on lack of evidence that he had any knowledge of the crime, he is released.

I wonder to what extent he enjoys this, even sees it as a surealist performance piece. If he were kidding (which I think he is), I bet Picasso laughs his head off.