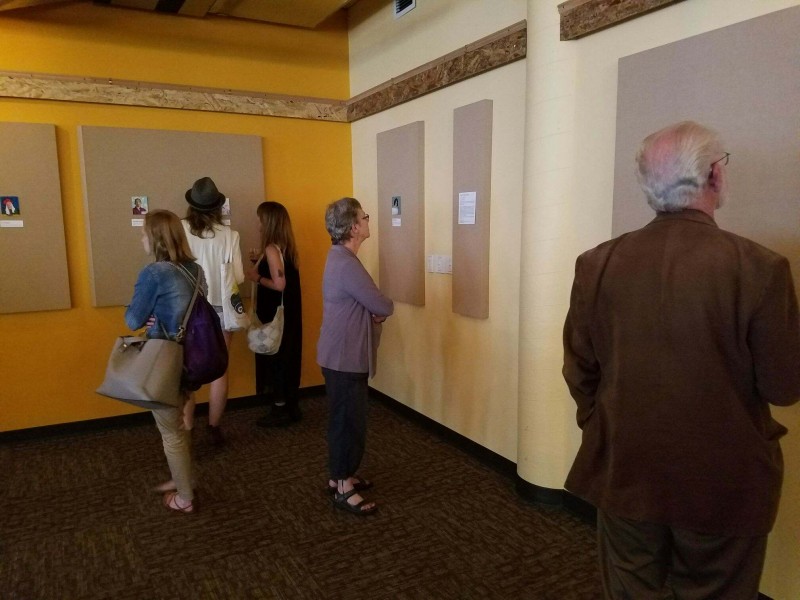 On Capitol Hill, the acknowledged center of queer culture in Seattle, the Pulse Nightclub murders in Orlando on June 12 exacted a special toll. Most of Seattle’s gay clubs are located here, and rainbow flags and crosswalks dot the landscape, visually knitting together disparate businesses and corners of the neighborhood. Seattle’s generally liberal vibe may have masked any real sense of danger; although assorted hate crimes have increased in the neighborhood over the last few years, there still existed a general feeling that Seattle was safe for queers. The news from Orlando reminded everyone that anything can happen anywhere.

In the immediate aftermath, before the motive was understood or the perpetrator was known, an idea was hatched to create something positive out of this destabilizing grief. Ellie VerGowe, the Community Outreach Coordinator at First Covenant Church, decided to turn the church’s art space over to a month-long tribute to the victims, affording an opportunity for the community to process its grief. Artists, performers and church staff swung into action, hanging a show of over two dozen works that honored the victims in Orlando and celebrated the queer community there and beyond. In addition to the two dimensional works on the wall, the opening reception featured musical compositions as well as an elegiac dance and spoken word performance.

The show was a financial success too, with a robust number of sales and various proceeds marked for support of victims in Orlando. One artist who donated 10% of sales was painter Maura McGurk, who sold seven of the twelve paintings she exhibited. Her paintings were not specifically painted in reaction to the news from Orlando, but were a selection of what she calls “Pride Paintings”. She began on June 1 to honor a different queer person or moment with a commemorative painting each day of Pride Month. When the events in Orlando unfolded, the Pride Paintings took on a different character for McGurk. The collection that was growing on her wall took on a protective aspect, with each portrait looking down and seeming to watch over McGurk. McGurk’s donation goes to OneOrlando Fund.