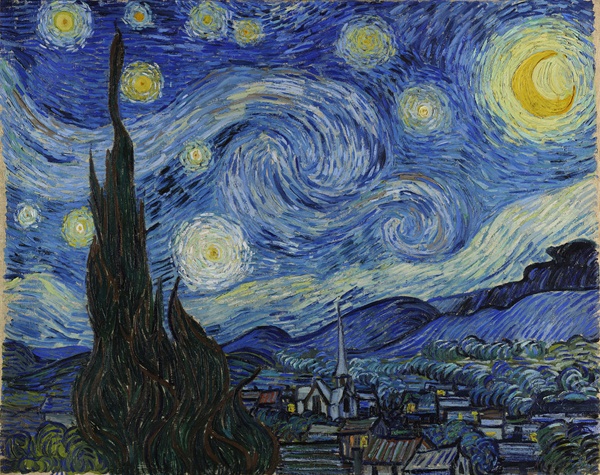 Art collector Lillie Bliss dies and bequeaths her art collection to found the Museum of Modern Art, with one condition: that the fledgling museum is established financially by the end of three years, or it will forfeit the artworks. Exactly three years later, on March 12, 1934, after raising $600,000, MoMA proves to the Bliss estate’s satisfaction that it is established and financially secure.

To the surprise of her friends, Bliss donated most of her art collection, 150 works of art, to this idea. I say “idea” and not “institution” because until this point, the museum served as more of an art gallery, rather than a museum. It had no permanent collection until Bliss’ donation.

Among the most important works from the Bliss collection in the Museum of Modern Art today are several Cézannes, a Modigliani, a Picasso still life, a Gauguin, Seurat, Matisse and several Redons.

With the Bliss Collection, New York can now look London, Paris, Berlin, Munich, Moscow and Chicago in the face so far as public collections of modern art are concerned. Without it we would still have had to hang our heads as a backward community.

Can you imagine a time when New York looked up to Chicago and Moscow?

One clause in her will provided flexibility for the museum by stipulating that the artworks, except for three, could be sold or exchanged for other works of art. (Other museums, like the Barnes Foundation, or the Isabella Stewart Gardner Museum have been hampered by overly specific instructions from their founders). Accordingly, the museum was able to sell pieces to strengthen the collection overall. For example, Degas’ Jockeys on Horseback before Distant Hills was sold in the late 1930s for $18,000, in order to purchase Picasso’s Les Demoiselles d’Avignon (for an additional $10,000). Similarly, three other works from the Bliss collection were sold in 1941 in order to raise funds to acquire van Gogh’s Starry Night. These are two of MoMA’s absolute centerpieces by any standard.

Fun Fact: The three paintings which could never be sold are Still Life with Apples and Still Life with Ginger Container, Sugar and Oranges by Cézanne and The Laundress by Daumier. Bliss, or her lawyers, were very smart in saying that if these works no longer fulfilled the museum’s mission, they could be transferred to the Met. The Cézannes are still at MoMA, but the Daumier was eventually transferred.