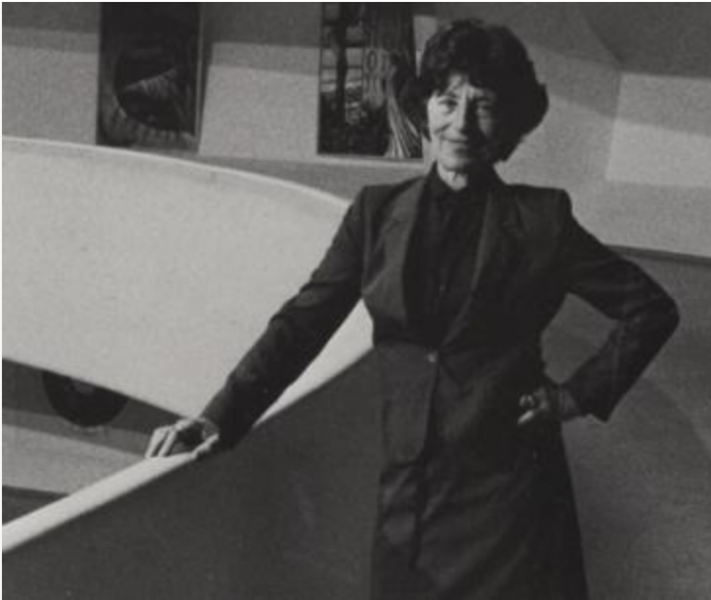 I always loved reading Dore Ashton’s writing. It’s clear, but elegant and beautiful. Her friendships with artists put her in the unique position of being able to reveal anecdotes that cast their work in a new, more personal light. In her hands, they were significant yet little-known accounts that further enlightened the artists’ work; they were never gossip, nor did they ever inflate her own role. Not many writers can pull that off.

It’s because of her writing that I am charmed by the thought of Joseph Cornell, the shyest of shy people, holding a small afternoon gathering at his house in Queens, at which he was uncharacteristically charming and voluble. At the end of the party, he gleefully whispered to Ashton about Octavio Paz, who was in attendance with his wife: “Was he really an ambassador?”

That childlike wonderment has informed my sense of his collage boxes ever since. What a new and delightful way of looking at them.

Another personal favorite is Ashton’s account of a visit to Mark Rothko’s studio in the late 1950s, when Rothko deliberately kept the lights off. Ashton compared the silence and dark to that of a cathedral, and as her eyes searched in the dark, she felt, more than saw, the presence of his paintings. At one point, a white cat walked into the middle of the room; the visual contrast was enough to startle her. For me, this story reinforces the two most important things about Rothko’s work: the theatricality of it all, and also the weightiness of his search for morality and truth in his paintings.

Thank you for some of the most graceful and captivating writing about art.